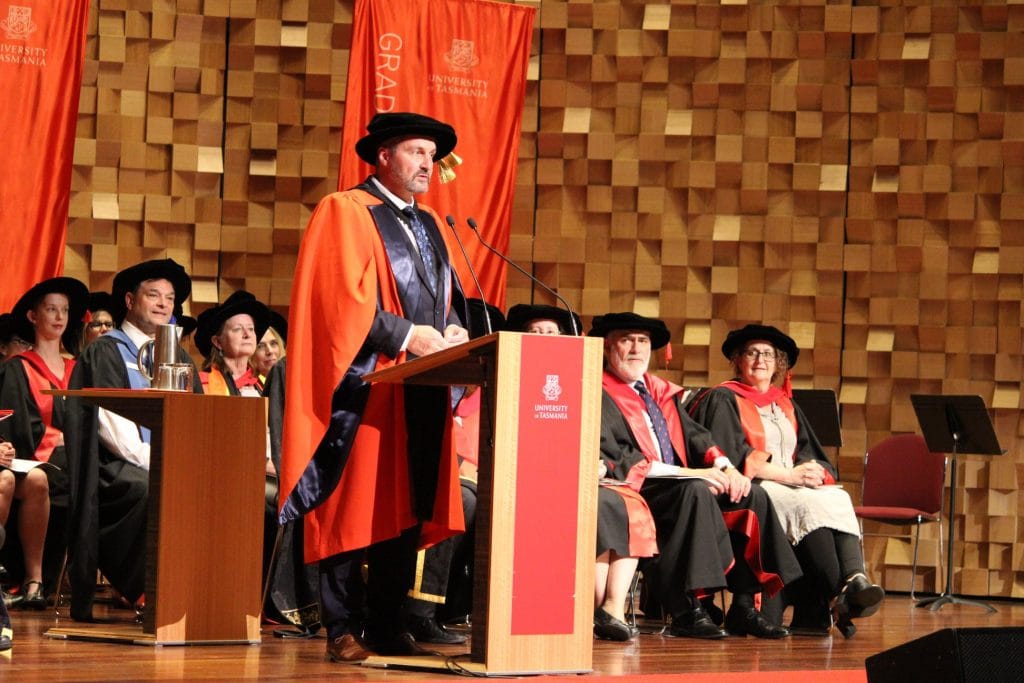 Activist Rodney Croome is well-known in Tasmania and beyond. The Campaign, a play about the Tasmanian gay law reform saga, is currently being performed in Sydney. Originally commissioned by Tasmanian Theatre Company, The Campaign is part of the 2020 Sydney Gay and Lesbian Mardi Gras Festival.Belonging, a short film about the same issues, premieres on 17 Feb. Directed by Matt Scholten, Belonging follows 18-year-old LGBTIQ+ activist Sam Watson as he takes a road trip from Hobart to north-west Tasmania to examine the impact and influence of gay rights activist Rodney Croome’s public fight for gay law reform, which began in the 1980s and continues today.

In a world beset by growing inequality, authoritarianism and climate disruption there is a small but compelling reason for hope right under our noses. Rodney Croome explains.

Another Word for Hope

In 1987, as a shy University of Tasmania history student, I came out as gay man into an island society that was deeply antagonistic to LGBTIQ equality.

In Tasmania, sex between men was a crime punishable by 21 years in gaol. Tasmania was the only state that stigmatised transgender people as criminals by outlawing cross-dressing.

There was a blanket silence about LGBTIQ people that had lasted since colonial times when homosexuality and gender transgression was intimately associated with the hated stain of convictism. 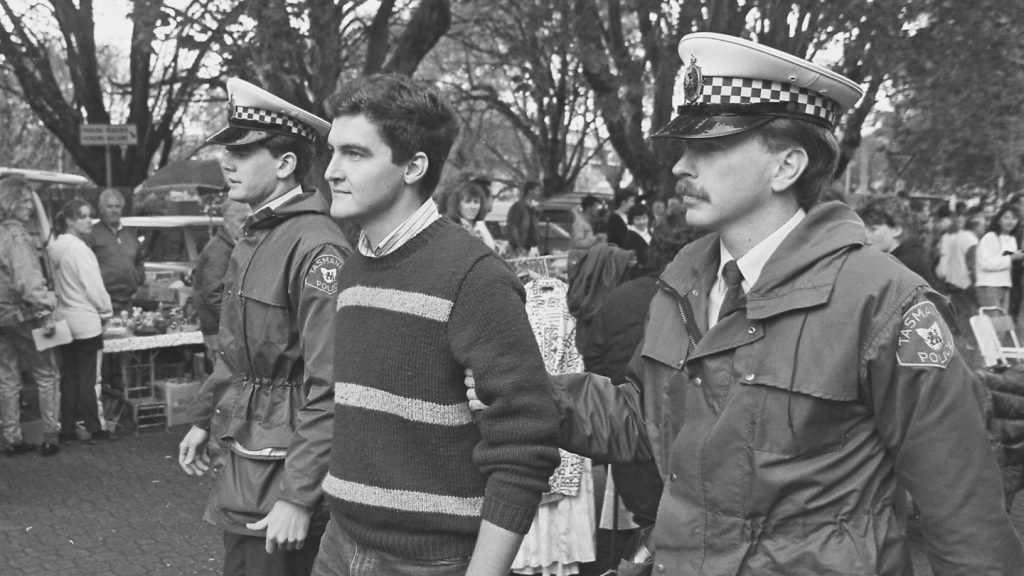 At the first gay community meeting I attended I was warned there might be police outside waiting to write down the car registration numbers of those leaving the meeting to add to their ‘pink list’ of ‘known homosexuals’.

When we set up a small stall at Salamanca Market asking for signatures on a gay law reform petition, the stall was closed down and we were all arrested.

When gay law reform was first proposed in Parliament, angry, hateful protest rallies were conducted across the state. While other Tasmanians believed they lived in a democracy, LGBTIQ Tasmanians lived in a police state.

It was a police state most Tasmanians were then happy to maintain. Polls showed almost 70% support for criminalising homosexuality, well above the national average.

Tasmania has the most progressive LGBTIQ human rights laws, not only in Australia but arguably in the entire world.

Our Relationships Act recognises a broader range of personal relationships than in other places. It also includes what was Australia’s first civil partnership scheme.

Our recently-enacted gender laws provide stronger recognition and protection for transgender and gender diverse people than the equivalent laws of almost any other country.

Our police now have policies so inclusive they are a global model with police delegations from other countries coming to Tasmania so they can better understand and emulate how we do things. 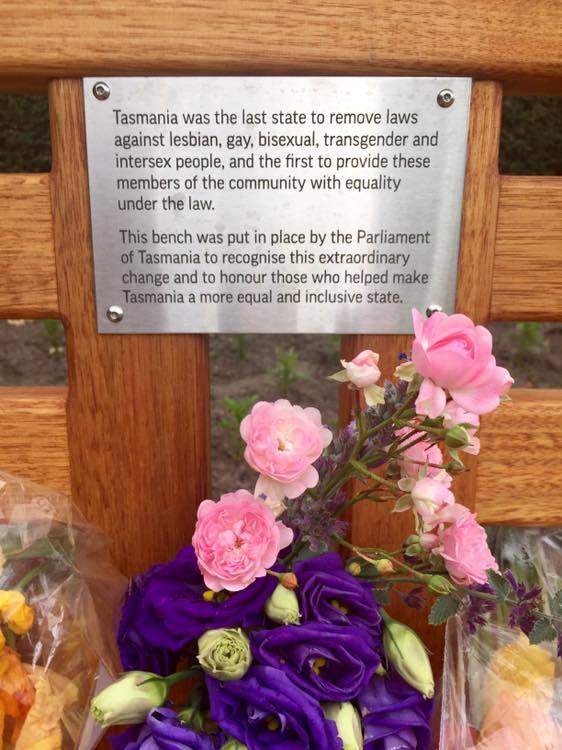 We have also led the other states when it comes to apologising for the past and healing old wounds. This includes landmark apologies by state and local governments and the funding of three commemorative LGBTIQ human rights public monuments around the state.

These changes in laws and policies have been matched by changes in hearts and minds with Tasmania returning a vote in the marriage postal survey that was above the national average and second only to Victoria among the states.

In a generation, Tasmania has gone from worst to best.

We have every reason to call ourselves the Rainbow Island.

The history of this spectacular transformation is long and sometimes painful.

It was only possible because many people worked together to pool their talents and encourage each other, people from across the political, religious and cultural spectrum who put fundamental values of equality and inclusion above their traditional differences.

It was only possible because we took risks that more cautious people warned us against, because we told truths that were hard for some people to hear, because we protested the old laws, and the attitudes behind those laws, bravely, forthrightly but always respectfully, and

We had faith that if we reached out to our fellow Tasmanians they would heed us. Based on that faith we travelled across the Island and spoke about our lives to whomever would listen.

We opened our hearts to others and explained what it meant, not only to be discriminated against and stigmatised, but to be told you don’t belong in the place that has shaped who you are.

We refused to react in kind to the fear and anger that not so long ago vocally strode the stage of Tasmanian public life.

We looked beyond the prejudices of those around us and instead saw in our fellow Tasmanians people who, deep down, wanted to do the right thing. We educated, and never berated.

If I am proud of anything more than how far we have come, it is that our faith in our fellow citizens was well-founded.

Among the lessons taught by Tasmania’s transformation, there is one particularly pertinent to us today.

Many of us feel pessimism or despair about the great problems of our age.

We fear there is nothing we can do about spiralling climate change, escalating inequality and creeping authoritarianism.

When you feel discouraged and powerless, recall how this tiny corner of the planet defied every expectation to pull itself up by its rainbow bootstraps and re-invent itself.Take heart that, if an island that once tore itself apart over LGBTIQ equality can become a beacon of inclusion to the entire world, there is nothing inevitable about the problems we face, profound change is possible, and each of you can be part of that change.

Have faith in other people and in the future.

Always remember there is another word for hope, and that word is Tasmania.

On December 2019, Rodney Croome, received an honorary doctorate from the University of Tasmania. This is an edited version of the address he gave following the conferral.

For those wishing to defend Tasmania’s LGBTIQ anti-discrimination laws from being overridden by the Morrison Government, there is a petition to sign.

Today at @UTAS_ Hobart Graduation we were honoured to award Rodney Croome an Honorary Doctorate for his extraordinary and inspirational contribution to transforming the law and attitudes of Tasmania that affect our #LGBTQI community. pic.twitter.com/3Xaoqb5xuT